Any time a video game series inspires an entire genre of games, you know it’s doing something right. And from the very beginning, Castlevania has done many, many things right.

True enough, Castlevania’s gaming catalog includes a few misses. But the overwhelming majority of Castlevania titles are all-time classics. Today, the series includes so many hit games that most gamers have lost count.

For that reason, we want to highlight the 10 best retro Castlevania games that you should play before you die. Together, let’s remember our favorite vampire-hunting, ghoul-slaying, whip-brandishing moments in gaming history. 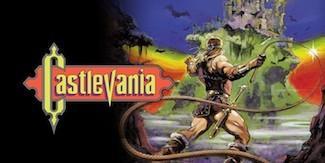 Castlevania for NES is the most simplistic version of Castlevania you’ll ever play. And that’s why it’s so great.

It perfectly embodies the heart and soul of the series without superfluous bells and whistles. There are no experience points, armor, or magic spells. There’s only a guy and his whip, some sub-weapons, two buttons, and your skills as a gamer.

Furthermore, the original Castlevania sets the tone for the entire franchise—namely, “horror.” This game defined the aesthetic of the series, mixing gothic horror with monster movie flourishes.

That, plus tight combat, a slick control scheme, and unwavering difficulty, is enough to get most gamers hooked immediately. Here, the legendary feud of Belmonts vs Vampires begins. 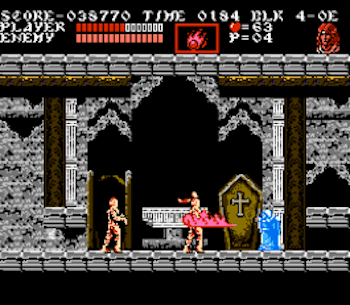 Dracula’s Curse is a near-perfect action game. The most impressive aspect is the non-linear game layout with multiple pathways. Some of the pathways are optional, but they may unlock certain playable characters and alternate endings.

Even the notoriously difficult underground path to Dracula’s castle is basically optional. One pathway gives you an ability that makes the whole “stepping on deadly debris” thing a breeze.

The game is all about choice. You choose which path Trevor Belmont will take and who will join him to fight the powers of darkness. Each time you play, you can pick one of three distinct vampire slayers to partner with Trevor.

The addition of extra characters opens up new combat options and alternate pathways through the castle. You should also know that the castle in this game is about three times as big as the first one.

Lastly, the choices you make determine which ending you get. This really gives you a sense of freedom as if you’re actually exploring the castle yourself. For all these reasons, Dracula’s Curse is one of the bastions of 8-bit gaming. 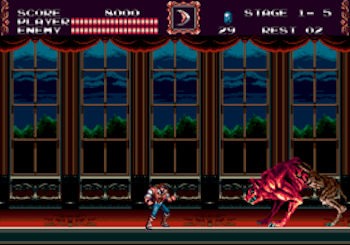 Bloodlines is the first game in the series that allowed gamers to play as a second, distinct vampire hunter—Eric Lecarde—right from the start.

This spear-wielding hero paved the way for other memorable characters like Alucard.

And the game’s open-world story helped the franchise break away from the confines of Dracula’s castle.

The gameplay is classic Castlevania, and the level design is better than all previous titles. Bloodlines pushed the Genesis hardware to the limit with some fantastic graphics, rewarding exploration, precise combat, and memorable music.

It’s a super-fun, action-packed, nostalgic experience no matter how many times you play it. 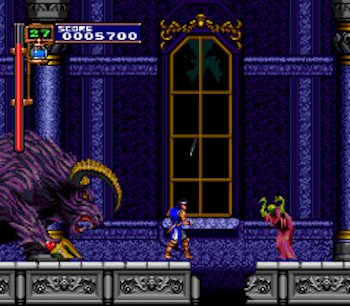 Rondo of Blood perfectly encapsulates what’s great about Castlevania, perhaps better than all other games in the series. It has fantastic graphics, demanding but fair platforming, a ton of rewards for curious explorers, and some truly memorable music.

Rondo of Blood also features some of the best set-pieces in the Castlevania series, breaking new ground for what a linear action game could do. Fight your way through the smoldering ruins of a familiar village, then battle Death with stylized acrobatics before an ominous clock tower.

Rondo of Blood demands precision-perfect skill from its players. And it rewards their innovative and daring gameplay decisions.

Adding to the mythos of the game, Rondo of Blood was a rare game that could only be acquired via import for many years. It’s endlessly replayable and fun, arguably the best Castlevania game, and definitely one of the best games of all time. So, besides having no idea what a “Rondo” is, we have no complaints whatsoever. 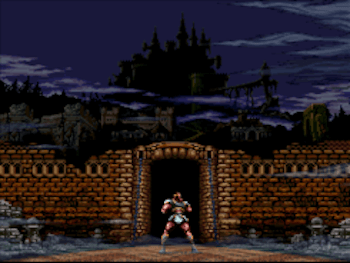 Super Castlevania IV is actually an updated, 16-bit version of the original 8-bit Castlevania adventure. Simon Belmont looks absolutely massive here, and the action is noticeably slower to compensate for this. Regardless, everything looks and sounds amazing.

As is a staple of the series, Super Castlevania IV featured fantastic music—the best in the entire series up to that point.

It also includes some excellent graphical effects and the most fun you can have inside a haunted house where everything wants to kill you.

6. Castlevania: Symphony of The Night (PlayStation, 1997) 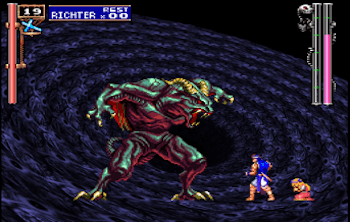 Even in 2022, Castlevania Symphony of The Night is still widely regarded as the best Castlevania game ever made. SotN took the series in a bold new direction and in the process, redefined an entire genre of gaming.

This entry draws heavily from the series’ past as well as other retro hits like Super Metroid. In doing so, it perfected ten years of vampire hunting action. It was also a striking testament to what 2D graphics can achieve in an era where the industry was pivoting toward 3D.

This is the first Castlevania game since Castlevania II: Simon’s Quest to introduce RPG elements. But this time, it does so without abandoning the formula that made the games great in the first place.

The addition of experience points, interchangeable weapons/armor, and other RPG elements made the classic hack-and-slash platforming feel fresh and unique. The lovingly detailed 2D graphics make the action look silky-smooth. Even though the game wasn’t punishingly difficult like previous iterations, the high production values and memorable music make this an absolutely unmissable adventure. 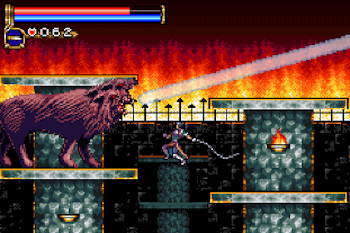 Because SotN was so successful, subsequent Castlevania games were based on the same hybrid RPG/action-platforming formula. And, despite the high reviews of later games, our favorite example of this is Castlevania: Circle of the Moon. Quite simply, this game just does everything right.

The graphics are dark and spooky, embellished by creepy sound effects, and enveloped by tense, high-quality music that would make Stephen King nervous. And the gameplay is uncomplicated yet, at the same time, deep.

Throughout the game, you’ll gain new weapons, armor, and abilities, some of which you need in order to reach new areas and complete the game. Using a unique card-based magic system, you can cast spells to heal your character or destroy your enemies. Overachievers will uncover optional areas and reap the rewards: rare items and abilities that other players miss.

On top of all this, beating the game unlocks different game modes. You can play through 5 different modes altogether, each emphasizing different character stats. 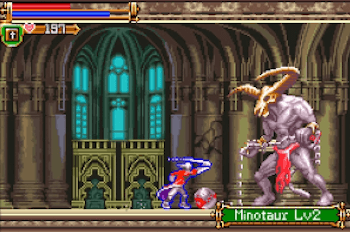 While CotM is awesome, gamers heavily criticized certain aspects of the game, especially the visual aspects. For instance, the tiny characters and dark visuals of the game were hard to see on the original GBA (which lacked a backlight). Other gamers weren’t happy about the complex new direction of the Castlevania games, with more emphasis on RPG elements than on action-platforming.

So, Harmony of Dissonance was created to “fix” these complaints. The result is a more simplified Castlevania experience with visually bulked-up characters and enemies.

The best part about this is that the game feels nostalgic—more like the 16-bit glory days of Castlevania than it had in a long time. That’s probably why HoD received better reviews than CotM.

Unfortunately, there’s a double edge on this sword. After SotN took such a great leap forward, this game feels like a big step backward.

The enemies are large and stupid with very predictable behavior. So, they’re easy to trick and difficult to miss. Even the bosses are remarkably easy to defeat.

Also, there are no hidden rooms to find, so there’s not much point in exploring. Really, all there is to do is to hack and slash your way to the end. Oh, and the music and sound effects are, frankly, awful.

Again, though, it’s like taking a 16-bit Castlevania classic and stretching it from 2 hours to at least 8. Who can complain about that? 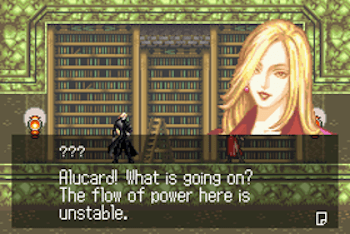 Aria of Sorrow is like the middle ground between CotM and HoD, but with some unique twists. The story is particularly interesting. It’s the first game to take place in the future (2035 A.D.) and it features a teenage reincarnation of Dracula, who’s on the fence about his dark destiny.

The gameplay is very reminiscent of SotN, with a variety of weapons and a shop from which to buy things. Hidden rooms are back for all you explorers and hundred-percenters out there.

Players control Soma Cruz, who can absorb the souls of defeated enemies to gain new abilities. This adds a fun, “catch-’em-all” element to the gameplay.

Also, AoS is challenging, as a Castlevania game should be. And besides enemies and boss fights, the map is very maze-like, with several areas you can’t access until later in the game. This is very refreshing after the oversimplified map of HoD.

Back to the story, though, the game is extraordinarily heavy in plot and dialogue, almost to a fault. Random characters are constantly popping up out of nowhere, only to gossip about other random characters. This seems to happen after every 15-or-so rooms you explore—about every 15 minutes of play.

It could be interesting if it weren’t extremely interruptive to the gameplay. You’ll be slaying and exploring full-steam, only to stop dead for 3 minutes of out-of-context prattle that won’t make sense until later. Still, all things considered, this is definitely a game worth playing. 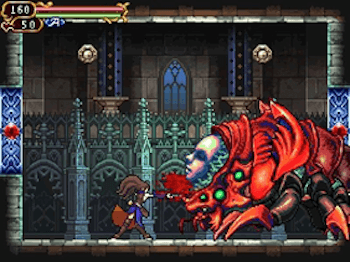 Our last entry, Order of Ecclesia, seems to be made exclusively for Castlevania veterans. The first half of the game is a perfected version of the old-school Castlevania formula, with a few new-school elements thrown in for good measure.

That is, it’s a completely linear, level-based romp through several locations with little emphasis on exploration. This is a fun callback to the early titles as well as a chance to poke around outside the castle for once.

But fear not, those of you who prefer the explorative titles that began with SotN. The second half of the game has everything you’re hoping for.

Additionally, OoE is bursting with wonderful new innovations. There are sidequests galore, a dual-screen combat system, and even a two-player racing mode. You’ll have so much fun developing villages and photographing monsters that you might forget about actually completing the game.

Castlevania is now so popular that it has a highly-acclaimed animation series on Netflix. But if you want to personally experience the best that the franchise has to offer, there’s only one way to do it.

Get the best retro Castlevania games right here in our store. Then, pick up your controller and enter the fight—Count Dracula awaits you, young vampire hunter! For related reading, check out the best retro horror games from the 80s and 90s. 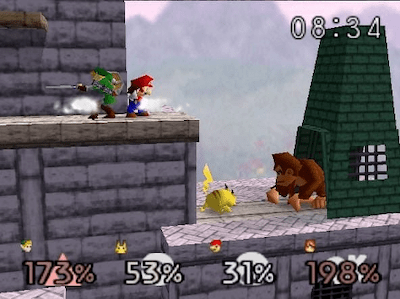 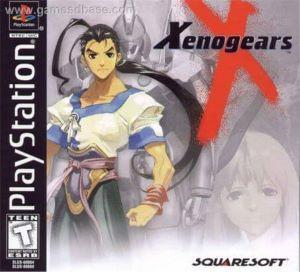