What Are The Expansion Ports Under A NES And N64 Used For? Audio, and more. These ports are used for logging in online, connecting digital cameras, and everything in between.

But back in console gaming’s retro heyday of the ‘80s and ‘90s, you’d be lucky to get one port on your console—the stock “expansion port.” Typically, these were used to connect special hardware and expand gameplay.

Or were they? Interestingly, not all these ports were that functional.

Case in point: look under your old Nintendo NES and Nintendo 64 systems. There, you’ll find the 48-pin expansion ports, each hidden behind a snap-in case.

Kids who discovered these in the ‘80s were understandably mind-blown. What could they possibly be for?

Maybe they’re for some cool peripheral, like a new light gun or a different controller. But no one we knew during childhood ever found out.

So, let’s put the rumors to rest once and for all. Here’s a definitive look at what those bottom ports under your NES and N64 actually do.

“Seriously, what is it for? Is it for rare but amazing Nintendo accessories that will change my life forever? Does it connect modems, 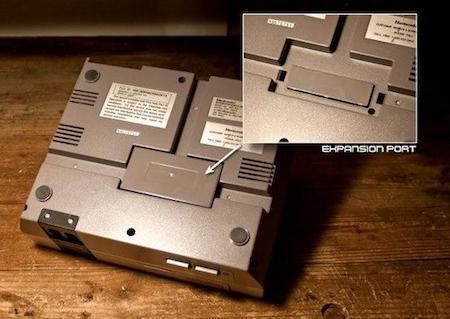 games from other systems, or an unlimited number of controllers?”

There is no end to the rumors and speculation surrounding the NES bottom port. One common rumor held that the port was compatible with Sega Master System games.

Sadly, that’s not the case. To that point, don’t attempt to cram cords, games, and adapters from other systems into this port.

Okay, okay. So what’s it really for?

…Nothing. We’re so sorry, it does absolutely nothing.

Are You Freaking Kidding Me?

The awful truth is that nothing was ever developed for the expansion port so, in point of fact, it actually does nothing. From the start, it was just an obsolete leftover from the Famicom system.

In the original Famicom system, the controllers were permanently attached, hardwired to the console. The expansion port was simply a way to attach additional controllers. Not so in America.

There were other rumors that the port was used to connect the NES to the Famicom console. But this seems to be a red herring as well.

There was also hearsay that Nintendo would use it to connect a modem developed by Teleplay, but that’s a dead end as well. True enough, there were plans to develop this technology. But the modem never got beyond the prototype stage.

Can You Hack It?

Ironically, though, the folks at Hackaday reported on a hobbyist who got some internet mileage out of the expansion port. In 2015, he modified the port to send tweets from his NES.

It seemed to be a time-consuming project that cost at least some amount of money. So we recommend that if you really need to tweet, you should just do it the old-fashioned way and pick up your phone.

Most retro gamers know that the console comes equipped with a useful memory expansion port on the top of the machine. Like any other memory expansion feature, this port is used to boost the system’s RAM. 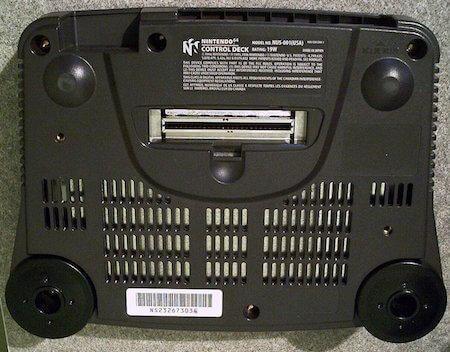 This speeds up certain game features and decreases lag when there’s a lot of in-game action happening all at once. Some games, like Donkey Kong 64, require a memory expansion pack in order to run. But you knew all this already, didn’t you?

Yeah, What About the N64 Bottom Port?

It’s here that you’re truly stumped. What is the port on the bottom of the N64?

This time around, Nintendo must have added an expansion port that actually does something, right? …We hesitate to say.

More Memory, Controllers, Accessories, or Drive Space For Save Files?

To answer these queries, no, no, no, and no. And unless your next question has to do with Japan, no.

Made in Japan, For Japan

Yet again, this mysteriously enticing port is only relevant in Japan. The n64 bottom port was compatible with the N64DD (Disc Drive), a Japan-only drive for reading CD-ROM games.

So, while gamers in the far east could connect their machines to a portable disc drive, the project was canceled before it saw a worldwide release. For the second time, this Nintendo expansion port does basically nothing in North America—no peripherals, no modem, no nothing. But, hey, you could still do that Twitter modification if that’s what floats your boat. 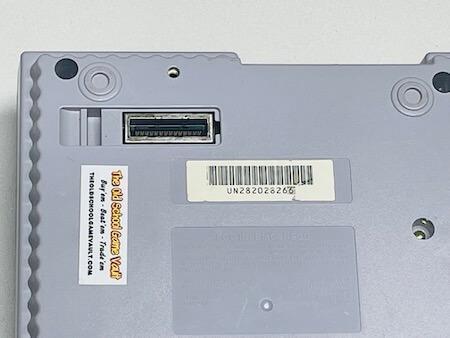 Ok, we lied. The N64 was Nintendo’s third incarnation of a Japan-relevant, North-America-useless expansion port. The second was the SNES expansion port.

The only apparent uses for this port are a crazy-awesome modem that allows online play and a freaking exercise bike. The modem, Satellaview, featured 114 games that we’ll never get to play. Thanks, Nintendo of America.

Ultimately, it wasn’t until the 2001 release of the Gamecube that Nintendo had a machine with real expansion possibilities. There were three ports—two serials and a hi-speed.

And even though all these ports saw a worldwide release, Nintendo just couldn’t help themselves. That is, one of the serial ports (the smaller one) remained unused.

Fortunately, the other ports got some use here in ‘Merica. The most notable was the Game Boy Player attachment, which connected to the hi-speed port. This allowed gamers to play Game Boy, Game Boy Color, and Game Boy Advance games on their TVs, in color.

The larger of the serial ports allows online play through a LAN adapter. One notable title that supports this feature is Mario Kart: Double Dash!

Technically, this feature isn’t discontinued. Although, today, you’ll have a hard time finding other players and getting the connection to work.

Breaking with tradition, the Wii has no mysterious expansion ports, just normal ones. There’s an SD card slot and two USB ports. It seems Nintendo finally decided to embrace universal connectivity instead of being difficult for absolutely no good reason.

Are you in need of one of these awesome gaming consoles? Fortunately, you can find these retro gaming consoles right here on our site. Check here for our large variety of vintage Nintendo 64 games for sale.

the original snes has one under it too. but was used for the excise bike.

0 Cancel Reply
the original snes has one under it too. but was used for the excise bike.
Cancel Update Comment
1