As we look forward to a generation of consoles that will not be backwards compatible with older game discs, it’s gotten me thinking about the different ways in which old games have proven to have a variety of extra lives.

We replay them on enduring or refurbished original platforms

We constantly buy video games and sell them all the time, we download them digitally through current-gen marketplaces, and we discover and enjoy them as in-game Easter eggs (playing Maniac

Mansion in its sequel, Day of the Tentacle, for instance, Zork and Dead Ops Arcade in Call of Duty: Black Ops III, or several Atari games in Black Ops 2). In a broader sense, old games live on through sequels (Thief 4!) or reboots (Tomb Raider), in the futuristic yet 80s-game-obsessed novel Ready Player One, and as the subject of more and more movies (from The Wizard and Super Mario Brothers to Wreck-it Ralph, Prince of Persia, and… Angry Birds?).

Not all games age equally well

As a technology-intensive medium, games show their age more quickly than books or even FX-intensive films. Sometimes, game mechanics and graphics styles that are the result of the technological limitations of their time deserve to be left behind. A few years back, I tried to return to the early D&D-based PC games of my youth, such as Champions of Krynn (1990), but I didn’t last long. The split-screen interface, with a tiny, dull graphics window in the top left, stats on the right, and text at the bottom, was not something I wanted to devote many hours to at this point in the 21st century.

On the positive side

I’ve recently returned to text-based games (or interactive fiction), an even older genre with no graphics, and found the interface, while frustrating in some ways, less off-putting than the earliest D&D games and graphic adventures. Similarly, I don’t see myself playing retro games such as the original Wolfenstein or Doom anytime soon, but I have still enjoy returning to the retro Super Mario games from time to time (and my wife’s a big fan of Pokémon Snap, a game that I also still enjoy).

I think the difference between these good and bad experiences

Of returning to retro video games has to do with how much the conventions of these game genres later improved. It’s hard to play Wolfenstein after you’ve played Modern Warfare because the latter has basically everything the former has but gives you so much more capability for interaction and control. It’s hard to go back to the Krynn D&D CRPGs after playing Shadow Of The Colossus or Persona 3 or Neverwinter Nights 2 (or even Final Fantasy VII) for the same reason.

The capabilities of those earlier games were heavily constricted by the 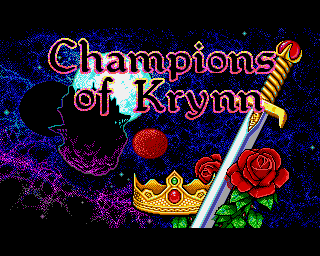 technology of their day in ways that we have long since become unused to accepting. But with an old text-based game like A Mind Forever Voyaging or a newer, non-commercial one like Anchorhead, or the original Super Mario Bros, these games really fulfill the potential of the kind of games they are – they do “text-based game” or “side-scrolling platformer” really well.

New technology can make other kinds of gameplay mechanics possible and more popular (text-based games are never going to become bestsellers again), but they don’t beat these old games at their own, well, game. If you want a side-scrolling platformer, the original Super Mario is still fun.

Nostalgia is the big wild card in this equation

I returned to Krynn in the first place because of fond memories of playing it as a kid, but found it (IMO) unplayable today because video game RPG tech and conventions have moved on to much better places. I return to Final Fantasy VII for the same reason, and despite the aging tech and conventions, the quality of the mechanics, tech, and story – combined with the nostalgia factor – make it an enjoyable replay for me. If I hadn’t played it in ’97, though, I’m not certain that I’d stick with it in the 2020s.

On the other hand, in a game series with a winning formula

the best iteration can be a matter of preference, as with the Smash Bros. or Mario Kart series or even Zelda, Call of Duty, or Metal Gear games. Updated graphics, controller schemes, and capabilities don’t always improve on a classic, and a great game is worth playing once its graphics are out of date as long as the gameplay remains fun. What old games do you find yourself returning to time after time?

When does nostalgia play a factor, and when do you think the gameplay experience still stands on its own even when up against newer competitors? Which old games were great experiences at the time but are hard to replay today? Are there other factors that explain this besides the ones I’ve identified here? Are there some games that you won't re-play, but a remake to HD graphics might be the answer?