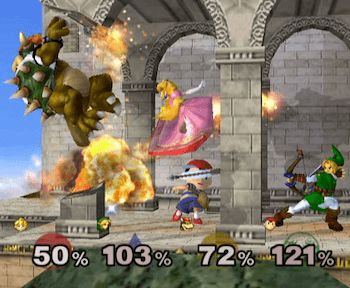 We know what you’re thinking. With all the retro systems out there, why are we talking about the GameCube? What do GameCube party games have that you can’t get from other systems?

Actually, a lot of the best party games ever made are found exclusively on the GameCube, like Super Smash Bros Melee. And yes, we know that most of the franchises on this list have moved on to newer, “better” systems.

Ok, fine. So tell us, where else you can find another Mario Kart: Double Dash title besides the GameCube?

The answer: nowhere. Double Dash is a super-unique Mario Kart game that was only released on GameCube.

And this is just one of many GameCube exclusives we’re going to review for you today. Get your multiplayer retro gaming party on with these hit GameCube titles. Oh, and don’t forget: GameCube games are playable on Wii consoles, too.

After that lovely introduction, let’s say a little more about Double Dash. It’s like any other great 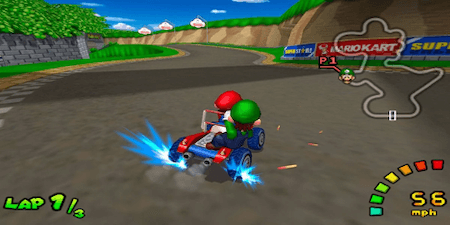 Mario Kart title, but with one main twist. Each kart features 2 drivers instead of 1.

The drivers you choose can each obtain exclusive items that other drivers can’t get from the question mark blocks. Your choice of drivers also determines which karts you can choose.

More importantly, the game is chock-full of unique racetracks and multiple battle modes. Plus, it features very balanced gameplay/difficulty. And it’s free of the frustrating glitches that mar other Mario Kart titles.

But what makes this Mario Kart Double Dash truly epic among console party games is that it supports up to 16 simultaneous players via LAN connection. In short, this game never, ever gets old. 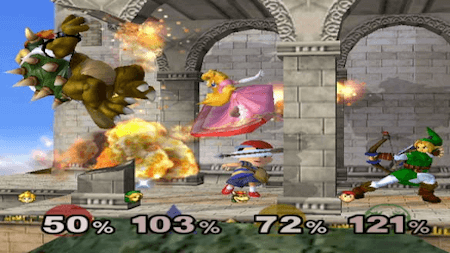 Most retro gamers are familiar with the SSB series. So, what makes this entry unique? Honestly, it’s the gameplay.

Playing Super Smash Bros Melee feels the way that every Super Smash Bros game should feel. It makes just the right tweaks to the original game: faster physics, detailed graphics, more moves/characters/stages/items. Then, it stops right there, without overcomplicating things.

Unfortunately, the later games made changes that were uncalled-for, unhelpful, and thoroughly unenjoyable. In Brawl, for instance, some characters stick to walls while others do not. It’s hard to control this feature and it usually does more harm than good.

Also in Brawl, characters sometimes fall over for no reason, as if slipping on an invisible banana peel. How obnoxious! Simply put, Melee is the perfect Smash Bros game.

If you’re looking for a more traditional fighter, there’s none better on GameCube than SoulCalibur 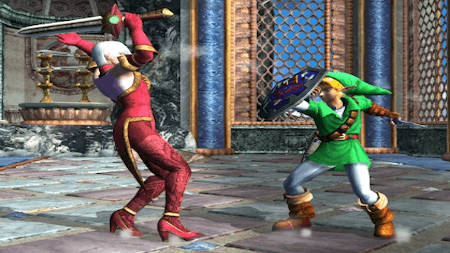 II.   II is an unusually intricate fighting game that favors skilled strategy over button-mashing (for once).

The game recognizes 8-directional joystick commands and features reversals, wall attacks, and a slew of other strategic techniques. Since study and practice make all the difference, Soul Calibur II is perfect for super-competitive players. Plus, the GameCube version offers the exclusive playable character, Link, from the Legend of Zelda series.

You’re probably very familiar with the Mario Party series, too. And, for the most part, these games are all the same except for their exclusive mini-games.

And that is exactly what makes Mario Party 5 the best. It has the best mini-games in the entire series, period.

Just remember, always play with 4 players if you can. Otherwise, all human players are forced to wait while the CPU-controlled characters take their maddeningly slow-paced turns.

Wario Ware, another minigame-fueled fiesta, offers the perfect solution to the problem we just 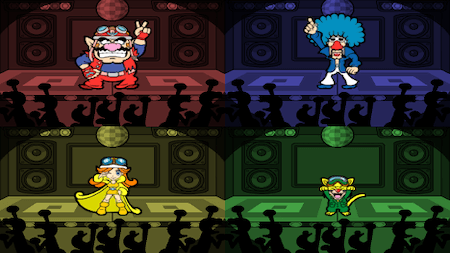 mentioned. That is, nothing about this game is slow-paced.

Each microgame takes less than 5 seconds to complete. And they’re fired at the players in such rapid succession that you’ll hardly have time to breathe in-between!

There are over 200 microgames in all, each with multiple difficulties. And, as the gameplay advances, the games get faster.

Up to 4 players compete simultaneously in several different game modes. The main drawback is that most of the game modes get stale pretty quickly.

But there are a select few modes that will keep your party entertained for hours (specifically: “Survival Fever,” “Wobbly Bobbly,” and “Balloon Bang”). “Jump Forever” and “Paper Plane” are short-yet-fun diversions as well.

There are good reasons why the Gauntlet series has been a timeless arcade staple for generations. Namely:

Picture this. First, you and 3 friends assume your medieval identities. Then, you all press buttons for hours on end to chop, chop, chop the bejeezus out of an endless horde of baddies. Level up, collect powerups, find secrets, fight on, and win the day.

What’s not to like? With Gauntlet Dark Legacy, you get hours of arcade-style fun without having to spend any quarters.

7. The Legend of Zelda: The Four Swords Adventures 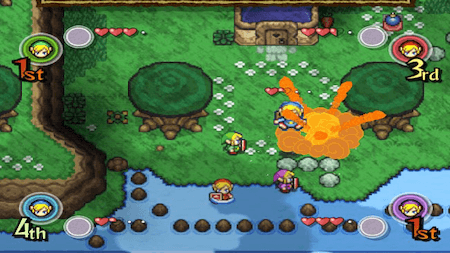 gaming geek’s impossible fever dream. It’s like a homebrew hack of The Legend of Zelda: A Link to the Past that requires 4 players and 5 screens (1 TV plus 4 GBAs).

The game looks, sounds, and plays like a 2-dimensional, 16-bit Zelda title. But 4 players must cooperate together to solve puzzles and reach the end.

It’s truly a unique and unmissable experience for The Legend of Zelda fans. However, you’ll need to gear up for this immersive trek with 4 Game Boy Advance consoles and 4 link cables.

Also, as party games go, we’re not talking about quick, 15-minute rounds, here. This is a long-haul, 20-hour campaign—more of a Dungeons and Dragons-style party.

If your weekends have been way too dull lately, remember this list and add these games to your collection. Then, host a retro gaming party featuring these nintendo gamecube top party games.

Go here to browse our selection of Nintendo GameCube games for sale. Make sure you have enough controllers, too.