Few Things To Consider before Buying a PS Vita!

Buying a new gaming device is always exciting; until you get it home and find out that you don’t have everything you need to actually play it. So before you purchase that new PlayStation Vita, know your facts and avoid any unpleasant surprises. 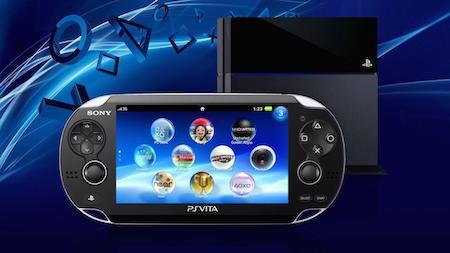 The cheaper WiFi model is available for $249.99, and includes all of the same features as the 3G model except for GPS. But even without built in GPS support, the WiFi model still offers location-based services.

2) Games: You can buy PS Vita games as digital downloads (via PlayStation Network), or on physical game cards from stores like GameStop. Vita is also backward compatible with most digital PSP games. The Vita cannot play UMD games, or games that are not listed on the PlayStation Network Vita store. This also means that new PSP releases may, or may not be simultaneously available for Vita on release day. Sony has also confirmed that Vita will be compatible with PSOne classics in the near future. But as of now, Playstation 1 classics are currently unavailable on Vita.  Sony has also started to port some of the PS2 library of games to the PS Vita.  Persona 4 which has a similar play like the PS2 version has been released, we provide a review of P4 Golden on our blog.

3) Memory Cards: Unlike the PSP, Sony decided to ditch the standard Memory Stick and went with a new, Vita exclusive memory card. The memory cards are rather expensive and range between: $19.99 for a 4GB card to $99.99 for a 32GB card. The lower end 4GB and 8GB memory cards are ideal for gamers who mostly buy physical games. Lower end memory cards offer enough space for game saves and a limited amount of digital media such as themes and demos. The higher end 16GB and 32GB cards are better for people who plan to buy a lot of digital download games. Also keep in mind that some games will actually allow you to save game data, patches, and add-on content directly to the game card itself, without the need for an additional memory card. But a memory card is required to play most large-scale games such as Uncharted: Golden Abyss, for system updates, and for media storage.

4) Battery Life: One of the most disappointing features of the PS Vita is its poor battery life, which only offers about 3-5 hours of gaming. To remedy this situation, Sony is releasing a portable charger accessory that allows you to recharge your handheld 1.5 times on the go. Additionally, you can also use Sony’s portable charger to charge most other handled devices as well. If you’re looking for something with a higher capacity, you can use a non-Sony brand portable charger for your Vita. But be careful, not all brands are compatible.

If you’re planning to buy Sony’s portable charger, you should also keep in mind that the charger makes use of the Vita’s AC adaptor and USB cable. So you might want to consider investing in a second set of cables just in case you need to charge both your Vita and your portable charger at the same time. The portable charger will be available at the end of April and cost $49.99.

5) Import Friendly: PS Vita and Vita game cards are region-free, making Vita a very import friendly gaming system. So if that much anticipated visual novel game turns out to be a UK exclusive; don’t fret, just import it.

6) Not Family Friendly: PS Vita is designed as a single person’s handheld and isn’t meant to be shared. It only allows for one PlayStation Network account, and only the owner of that account can acquire game trophies. If you want your Vita to be a family system, Sony suggests buying separate memory cards for mom, dad and the kids. But the hefty price tag attached to those memory cards might make sharing a lot less appealing.

Keep these tips in mind before you head out to buy your PlayStation Vita. That way you can enjoy all the excitement of buying a new gaming device, without the stress of discovering that you can’t actually play it. Happy shopping!