For those of us who were young when the NES first hit markets, it represents a childhood filled with countless gaming memories. Finally beating the last level on Super Mario Bros, giggling maniacally as we shot down ducks in Duck Hunt and nearly tossing the controller after a single bullet grazed my leg and killed me in contra.

RPG games & Fantastic Action-Adventure games have always been a staple of console gaming, and today we are going to take a look at the best the Nintendo NES had to offer. Without further ado, let us delve into the realm of dungeons and dragons. The games are listed in no particular order 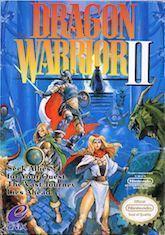 Dragon Warrior II gets one of the most central aspects of RPG games right – good writing. Square Enix created an absorbing narrative with this one, and the resultant game is plenty of fun to play.

You are the heir apparent, descendent of King Erdrick the Great and must now save the kingdom of Moonbroke from the evil wizard Hargon who has ransacked the place and killed off a bunch of the royal family. It’s not the most original plot, but you bet it will get a 10-year-old absolutely thrilled to be a part of the adventure!

This game features a vast world to explore and plenty of magical ingredients and gear to find on your way through your quest. One of the major improvements over the original Dragon Warrior is the ability to save your game in any castle or town you’re in.

Some of the enemy encounters can be tough, but hey – nobody said saving the world was going to be easy. 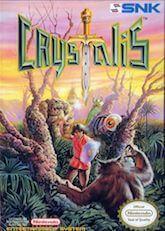 soon as The Legend of Zelda became a smash hit, a ton of copycat games hit shelves. Most of them were terrible, but sometimes you manage to get a game which replicates the formula well. That game is Crystalis.

Set in the distant future year of 1997 (yes, there was a time when 1997 was the future), Crystalis begins with a nuclear apocalypse raining down upon the earth. Slowly but surely, the survivors of this disaster are now trying to pick up the pieces and renew the human race. Of course, there wouldn’t be a game without one of the survivors, a wizard, going completely rogue and planning to use his knowledge to wipe out whatever’s left of the human race. Now, the survivors must recreate the Crystalis, a legendary weapon that can save the world. Crystalis follows the Zelda formula closely, with lots of stabbing and combat to enjoy. There are five elemental swords that you can fight with, and the usual status effects (poison, fire, paralyze) are important elements of combat. It has great graphics for the time and an enjoyable soundtrack which really augments the epic scope of the story. 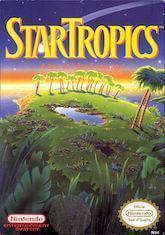 Yet another good entrant following the Zelda formula, StarTropics tells the story of Mike Jones – a teenager who stumbles into an alien invasion plot and must defeat the villainous Zoda before he destroys the earth.

As you would expect from a Zelda-type game, StarTropics features an overworld which is purely exploration-based as you walk around the world and talk to people. When you enter dungeons, the action gets going. Mike uses a yo-yo which can later be upgraded to a flail, Castlevania style. Dungeons also contain special items like slingshots, torches and baseball bats that you can use to clobber your enemies. It has a cool visual style and the music is decent enough to keep you interested all through the eight chapters in the game. 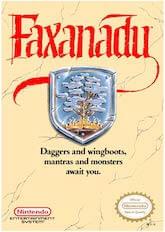 A spin-off of the Dragon Slayer series, Faxanadu begins with a nameless hero who has returned home after an epic quest. Immediately upon your arrival, the inhabitants start telling you how bad things have been since you were away. The Elves and Dwarves have turned on each other because the Evil One transformed the Dwarves into monsters and now everyone’s fighting everyone. You just can’t catch a break, and of course, you are the one who has to fix all this. The action in the game is standard side-scrolling fare, with an interesting twist – there is no levelling. Instead, you will be able to buy better equipment as you progress through the game. With a good 6-7 hours of playtime, Faxanadu will keep you entertained even though the password system for continues might not be everyone’s cup of tea.

Good graphics, monster slaying and a lengthy story. What’s not to like? 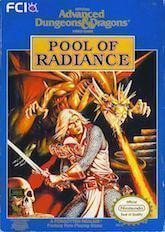 Pool of Radiance is one of the most high-concept RPGs published in the early days based on the D&D formula. Boasting a massive amount of lore and history, this game is a treat for players who like to know every little detail about the world they are journeying through.

It builds an evocative setting around your adventure through the world of Moonsea, letting you know the backstory and how you and your party got to the point from which the game begins. More lore and backstory are delivered through NPC conversations and entries in your journal.

One of the best aspects of this game was the way in which the game world changes according to your interactions with it. If you clear an area, it stays cleared. If you kill the monsters that have taken over the river, even the map will change to reflect your progress. Once you’ve made alliances with the nomadic tribes in the wilderness, they no longer bother you on your quest. This kind of complexity was rare in this era, with most games simply rushing you through the quest so you wouldn’t have to revisit areas and see how they had changed. Character creation allowed a decent set of customizations, adding the ability to tweak your appearance slightly. But really, the best part of this game is the enemy encounters and combat. You always have multiple options in combat scenarios – kill the man chained to the dungeon wall, or let him live? All the enemies in the game have distinct strengths and weaknesses and going through the game manual makes facing them in the game even more satisfying. 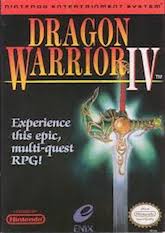 One of the major flaws of RPGs on the NES was that most of them usually had a paper-thin plot that basically served as a flimsy excuse to start some D&D style exploration and combat. Dragon Warrior IV was one of the games that broke this mold. While it may not have the most in-depth story by today’s intricately written RPGs, it was a revelation when it first came out.

You had to earn the right to save the world by completing a few introductory missions which introduced your party. There was Ragnar, a soldier who was roaming the world desperate to find where missing children from his land had gone to. There was Alena, a warrior who wanted to prove her mettle against the toughest challenges. And then there were Mara and Nara, sisters who were seeking revenge after their father was assassinated. Like other games in the Dragon Warrior series, combat is short and frequent, and you must visit a lot of different towns and locations on your quest. You’ll need to visit an inn after you have fought a few battles because without recovering and buying some new equipment, you won’t last against the tougher enemies. In the final chapter of the game, you are only allowed to control your game while the computer will take control of your allies. While this might be a staple for today’s games, Enix’s handling of the AI was a joy for the time. 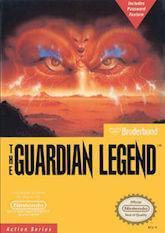 The Guardian Legend is one of the more unique RPGs you will play on the NES and the setting of the game is a huge region for it. What might otherwise be looked at as a straight sci-fi shooter is transformed into an action RPG due to the plentiful lore that underscores your every action. You are The Guardian, a technological marvel that has infiltrated NAJU – a massive spaceship that has been boarded by aliens. Through the 11 or so Zelda-esque dungeons The Guardian is in human form, but she transforms into a kickass spaceship when the game takes you through one of its many corridors. You’ll have to kill loads of monsters and minibosses and collect powerups that include fireballs, lasers and even entire screen-filling Enemy Erasers that obliterate everyone on screen.

Great music, great action and a fun story. What’s not to like? This is a slam dunk by developer Broderbund. 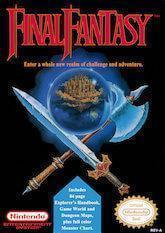 Another contender for the most iconic gaming franchises ever, Final Fantasy started out with a basic, by-the-numbers RPG experience. There’s a limited list of commands, basic combat and traversal which takes you across a world map with different locations that offer quests and loot.

You’ll be tossed into random enemy battles often and fight them using weapons, spells and special items you’ve picked up along the way. While most of Final Fantasy is a far cry from the elaborate, mind-blowingly gorgeous FF games of today, this was an important game. Before full-motion video and elaborate voice acting became a staple of games, Square and the first Final Fantasy were doing RPG games right. It’s still an enjoyable experience, if purely for the nostalgia and a throwback to simpler times. 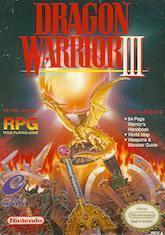 Dragon Warrior III begins with your brave and anonymous hero out on a quest to save the world from the demon Baramos because why not, it’s an RPG. The initial stages are on par with RPG standards, making you build some experience as you learn the basics of the game. Then, the game really picks up the pace.

Interestingly, Enix based the world of Dragon Warrior 3 on Earth, which was a welcome change from the pure fantasy locations you’ll find in most other games like it. So, you’ll find yourself journeying through locations like Romaly (Rome) or the Tower of Shanpane (Champagne, France).
The world of Dragon Warrior 3 is vast and filled with things to do. By the time you finally face the evil Baramos, you will have hacked through plenty of monsters and plundered enough dungeons to satisfy the most quest-hungry of warriors.

The Legend of Zelda 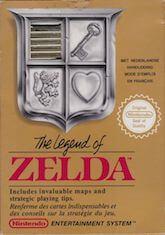 Probably one of the most iconic franchises in all of gaming, The Legend of Zelda and Link began here in their epic journey across Hyrule. Even today, this game is still fresh and playable with plenty of enjoyable game mechanics that hold up despite the now-primitive graphics.

If you’re the kind of gamer who doesn’t like a game to spell everything out for you, The Legend of Zelda will keep you hooked all the way through to the end. There’s plenty of secrets, hidden dungeons and clues to find. It’s primarily a game about exploration, and exploration is where it excels. Occasionally you will encounter a rough dungeon boss or a mean group of enemies, and the satisfaction you will gain from beating them is amazing because of your journey towards finding better loot.

This is unequivocally one of the best 8-bit Action-Adventure games ever, and you should do yourself a favor and try it, if only for the gamer street cred.  These games are by far some of most magical games that kept old-school gamers busy for hours, engrossing them so completely that goblins and dungeon fights were a staple of their dreams.