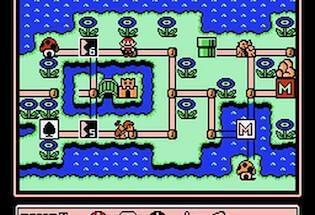 In the pantheon of game franchises, there are very few single entries that can lay claim to bringing sweeping, long-lasting changes to the franchise. In a storied franchise such as Mario, this feat is even more impressive.

Which is why Super Mario Bros 3 is a classic retro game that has stood the test of time and brought to the series mechanics and changes that we are still feeling the echoes of over two decades later. Super Mario Bros 3 on the Nintendo NES, truly changed the complete formula for the Mario series, and influenced every 2D platform entry in the series after it.

Released in 1990 for the NES, Super Mario Bros 3 was an absolute smash-hit.

Gamers loved the new overworld map, the wide variety of suits Mario could now use, item storage and even the Koopa Kids first made their appearance in this game. With more than 18 million units sold worldwide, Super Mario Bros 3 is one of the best commercially successful video games of all time. The hype for the game was so massive, that it had an entire live action movie called The Wizard (starring Fred Savage and Tobey Maguire) that was basically a long advertisement for the game.

The GamePlay: The platforming action here is solid,

And there are several changes to the gameplay formula that have since become standard series fare – the ability to fly and pick up koopa shells for use as weapons. There are also a ton of new enemy types such as dry bones, flying goombas, chain chomps and boos. If you’ve played a few Mario games, you might have seen these meanies around. Super Mario Bros 3 is where they made their debut. The controls are tight and responsive, making your adventures even more fun.

But the changes don’t stop there.

This game introduced numerous new power-ups to the franchise beyond the normal fire-spitting and size-boosting ones. The new powers Mario has access to include – The Frog Suit, The Tanooki Suit, the P-Wing and something called the Super Leaf. Depending on which level you’re attempting to beat, you must pick and choose among these power ups carefully. In some levels, you’re better off equipping something that allows you to fly, while others may require you to modify your attacks and make them more powerful.

The Frog Suit is particularly useful in underwater levels, allowing you to maneuver skillfully, but it’s pretty much useless on land. You can also use the Whistle, which allows you to access the Warp World, in case you’re feeling the speed run itch.

Super Mario Bros 3 allows players to progress through the game

In a non-linear fashion through a world map. You can decide which route you want to take to the end castle and even skip over some levels along the way occasionally. The worlds are also filled with mini-games and Toad Houses, which allow you to gain goodies like extra lives. You can save the items you gain through these for use in future levels.

The game will take you through flying levels, ground (and underground levels)

And everyone’s favorite underwater levels. The levels are all beautifully designed and have a nice connected feel. You’ll come across airships, platforms that move along cables and levels that scroll both ways. This makes the level design far more intricate than previous games in the series, and the back-and-forth navigation really conveys a sense of scale.

The game starts off fairly easy, but there’s a huge difficulty spike near the end. Fear not, however, since all the extra lives you’ve accrued to this point will come in handy.

The Conclusion: Is Super Mario Bros 3 A Good Game?

Yes, There’s very little to dislike in Super Mario Bros 3. The gameplay is pitch-perfect platforming goodness, and the varied and challenging levels keep things fun all the way. The campaign will last you a decent amount of time if you play it all the way through. While the lack of a save game might get in the way occasionally, it’s a minor annoyance that can be fixed by using the Warp Worlds. Great gameplay, fantastic sound and retro goodness makes this one of the best Mario games of all time!