Video systems like PlayStation and Nintendo were once the kind of video game consoles that had people locked in their rooms alone for hours on end.  Now they've brought the world inside by connecting gamers over the internet.  The impact of video games can have positive long term effects on our children.

Technology has changed the traditional ways that people interact, especially young people. The good news is parents don't need to fear the effects of gaming. Many studies have shown that gaming builds character and improves cognitive skills. Growing up is a difficult time for any kid, and a hobby like gaming can actually help kids cope.

So let's go over Why Video Games Are Good For You & Your Kids!

From hand eye coordination to problem-solving skills, games can help kids grow. Leadership and co-operation skills are needed to be successful in most games. The good and evil themes of many games also help kids to feel good about making moral decisions.

Even the army uses similar types of games to improve soldiers visual attention skills and listening and comprehension skills. So consider that while kids are enjoying themselves, they are also improving themselves.

In the world of online gaming, many kinds of people interact and work together. At a time in life when kids could feel outcast, an online community can help them to improve their social skills.

Gamers often praise each other for completing missions and feel a sense of companionship with those they have played with. Friendships develop out of co-operation and competition during game play, and the interpersonal skills that are built while socializing this way can transfer over into everyday life.

Video game playing can allow kids to see the cause and effect of hard work and determination. The sense of elation that is felt after achieving a goal or completing a task will illustrate to kids that being successful in their goals and seeing their plans work out give a strong sense of self-satisfaction. They will understand that determination and hard work will be rewarded in the end. This is a quality that is invaluable in a young person and in life.

Believe it or not, online gaming can help kids learn money managing skills. Any game that has kids accruing wealth and spending money will help to teach money management strategies. Players have to save up, work hard and plan how to spend their money to improve their character.

There are countless articles suggesting that games such as Roblox and other multiplayer online games were very beneficial to helping kids understand how to manage money. As these games give kids a reason to value money and hopefully spend it wisely.

Kids feel pressure from all sides at this stage in life. Pressure from friends, parents and school to perform well and make the right decisions can really stress a kid out. Online gaming can be a nice escape from all that. Many people find gaming a great way to unwind after work or school and forget the pressures put upon them throughout the day. Parents sometimes forget that kids feel stress too.

Many of the cognitive functions used in online gaming are used in the real world every day. Playing these games can benefit kids with a wide range of important reading skills, socializing skills and memory tasks.

Among other, soft skills like strategy formation and critical decision-making are crucial in game play and are instilled in players by necessity. So let your children have a positive experience playing games and allow them to learn many cognitive abilities to better themselves.  Heck, it's a win, win, even if they don't know they're doing it.

What about Violence in Video Games, Is it an influence in my Child?

Let's shift our focus to the elephant in the room.  As I'm sure, many parents believe their child's beloved game is doing more harm than good.

Newfound violent acts and themes in the video games of today have led adults to believe that video games are corrupting the youth. Individuals should reject this fallacy because of the statistics that refute it, the illogical reasoning behind it, and the exclusion of the benefits of video games by critics.

Nobody can challenge numbers

Yet, the numbers are against video game critics. Contrary to the statements made by adults and some legislators, the increase in video game sales has brought a decrease in crime in many countries, including the US. Studies have also shown that crime has had an overall negative trend since the introduction of the video game era.

What does this tell us?

This evidence may not be conclusive, but it sure does show the benefits of your children's video games.

Adults would argue that the violence in video games is translating to violent acts in the real world. But is this logical? Well, let’s look at what video games consume in a child’s life. While they may be instilling violent thoughts and examples into the minds of the youth, they take up a vast majority of their lives. Without all of this time consumption, wouldn’t their boredom often result in more violent acts out on the street unsupervised?

In addition, the virtual reality they are allowed to foster in is providing a vent for violence. It is much better for their experimental thoughts about drugs, sex, and violence to be curbed in a fake world. Lastly, one must look at all factors of violence before we make assumptions. Just because mass violent acts have occurred coincident with the video game era does in no way mean that video games are the only possible culprit. One should consider other factors like improved weapon technology or increased accessibility to weapons in many countries.

When the benefits of video games outweigh the risks

There should never be controversy to begin with. Video games pose few risks, the only major one being refuted already. However, there is a multitude of benefits accompanied by playing video games. Children, adolescents, and adults alike can build life skills in these games. Similar to the purpose of algebra in school, one can obtain invaluable problem-solving and critical thinking skills. In most all games, creativity is not only encouraged, but it is required to complete the objective or beat the game. Something that school has been trying to get us to do for years.

On top of all that

There is the one major benefit for kids and teens: entertainment. Yes, while in a perfect world, everyone is constantly studying and learning 24/7, we are human and simply cannot accomplish this. Students nowadays are getting up at 5 a.m. and sitting through class after class for 7 straight hours, with only getting a 25-minute break all day long.

Then they must return home, just to continue with hours of homework on top of all of their projects, and extracurricular activities. It is absolutely necessary for students to have some medium of stress relief. Something where anything can happen, where they can be free. And on that matter, video games deliver.

While most adults will attribute modern violent acts with the introduction and consumption of violent video games by children and teens, statistics, reasoning, and analysis of benefits can assist in making a proper conclusion. Video games just simply are not the only reason for the degradation of society; in fact, they may not even be a plausible reason at all.

Remember, adults have condemned their youth for hundreds of years. History repeats itself. One day, the youth of today will fulfill their legacy with their outright hatred and criticism of the new technology of the future. 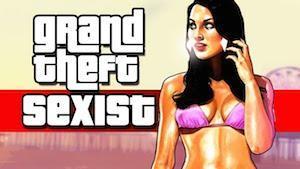