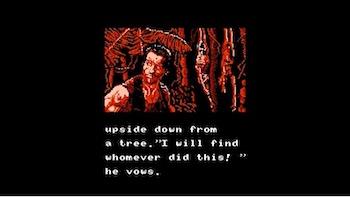 When modern gamers think of video game based movies, they might recall awesome titles like Jurassic World Evolution. Old-school gamers have a different association—namely, a horrible one.

But as we booted up these abominations, our favorite game systems betrayed us with insulting mockeries of the films we loved most. Case in point, E.T. the Extra-Terrestrial on the Atari 2600 is still blamed for the 1983 video game crash to this day.

But that’s the bad part. The good part is, we can now laugh at the games that once made us cry.

Specifically, beneath the truly awful gameplay of these games, we find hilariously insane retelling of famous movies. Read on to see what game programmers consider “close enough.”

Who doesn’t love the Christmas classic Home Alone 2: Lost in New York? That was a trick question. It’s your favorite.

This film follows Kevin McCallister, a ten-year-old boy who already survived the neglectful abandonment of his family last Christmas. And yet, this horrible family loses him again so that he’s, you know, lost in New York.

To our benefit, he still finds a way to mangle the same criminals who broke into his house/served as target practice the previous year. Cruel and unusual fun ensues!

The game opens with the credits and the text, “In Memory of Tom Heidt.” That’s right. This game killed someone. 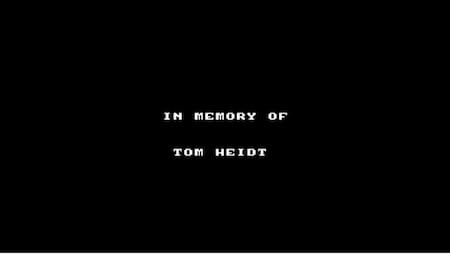 Next, we overhear a phone conversation with the concierge, played by a mysterious face that wasn’t present in the film. He tells strangers that Kevin’s a jerk. Meanwhile, on a different phone, Harry and Marv also express their hatred of Kevin to characters we don’t know.

When the gameplay starts, you’re immediately strangled to death by the concierge—twice. By the third time, you realize that this is the actual game, not some kind of scene or demo.

After that, you run for your (Kevin’s) life while the entire world tries to kill Kevin, including sentient vacuum cleaners and punching bags. Kevin eats snacks to stay alive, breaks into random hotel rooms, and fights bosses like elevators and an angry chef.

You finally escape the hotel and land in the hands of Harry, Marv, and—wait, who’s that lady? Okay, there’s also some lady standing around, oblivious to the kidnappers, who are screaming their master plan in all caps. She slaps them for being nerds, and Kevin escapes. 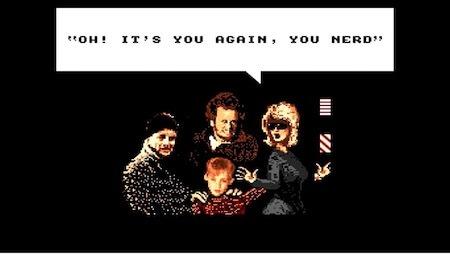 She’s so surprised that her head turns backward and her hand flies off her body.

Beating Strangers in the Park

Kevin runs through Central Park, shooting people with his fist-gun. His victims include monks, uncle Fester from The Addams Family, and anyone else in sight. The homeless Bird Lady attacks him in a sewer cave, and they become best friends.

I’ll have you know, I’m not joking about any of this. But at least they include a few slapstick scenarios for Kevin to bring down on Harry and Marv.

For the climax, Harry, Marv, and a second Harry attack Kevin in the Rockefeller Center Christmas Tree until birds magically fly Kevin away. Apparently, though, Second Harry is Kevin’s mom. 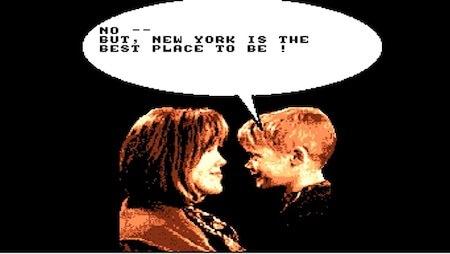 Kevin explains that he ran away because “NEW YORK IS THE BEST PLACE TO BE !” Harry and Marv are angry in prison, the end.

Action movie historians remember Predator as one of the highlights of Arnold Schwarzenegger’s career. Modern audiences remember that crappy one they made in 2018.

Mr. Schwarzenegger kills thousands of expendable nobodies in the jungle with an arsenal of explosives, heavy things, and the best/worst one-liners ever written. We soon forget the forgettable reason for his mission because his team is attacked by a killer alien.

In true action-hero fashion, Arnold bests the high-tech monster with mud, sticks, and enormous biceps. Then, presumably, he’s picked up by the chopper.

The intro of the game explains the setup of the movie, the same as we described above. Likewise, the first level is also the same: soldiers in a jungle, fighting their way through. Although, there are scorpions the size of large dogs. 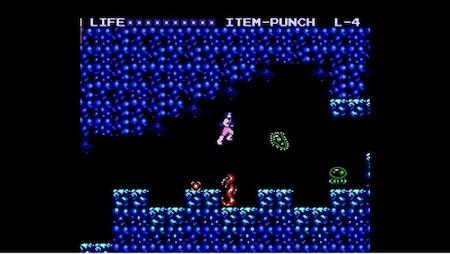 In Stage 4, Dutch meets the predator. But first, he hops around ancient ruins, shooting moths and generic anime monsters. Then, he finds dead soldiers and vows, “I will find whomever did this!”

Proper, and yet, not.

Now Dutch is underwater again, only he’s twice the size as last time. He must kill bubbles before bubbles kill him. Yeah.

From here, the game pretty much loops this pattern over and over again. The point is, 80% of this game looks more like an alien planet than the jungle.

Finally, after wandering endlessly through a land of pure nonsense, Dutch is attacked by the predator’s giant floating head. After the floating head is subdued, the game pretends that you didn’t just fight a floating head. Instead, it explains the movie’s ending, as if it has anything to do with this insanity.

…the stupidest game you’ve ever played. 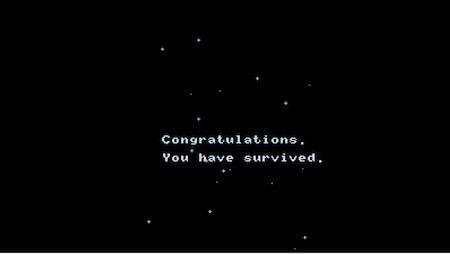 If you think these video game based movies are terrible, wait until next time. This post is to be continued. Check our blog for the sequel next week.

In the mood for more game-bashing fun? Check out these Terrible NES Games That Should Never Be Played. Or browse our inventory of Super Nintendo Games for sale, and add one of these turds to your collection today. 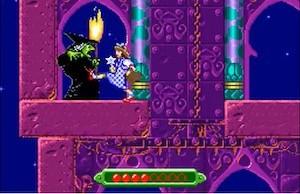