How to Trade in Video Games for Maximum Profit

One of the worst experiences for gamers is seeing the new game that just came out but not having the funds to make a purchase. There are options for the gamer whose cash flow is not quite up to snuff. Every gamer has an old library in which to sell video games or that can be traded.

The biggest issue is trying to get a fair price for those old games. Here are some ideas to help maximize the payout for old games.

This is a great site for getting a good evaluation of the market price for used games online, http://videogames.pricecharting.com/. This 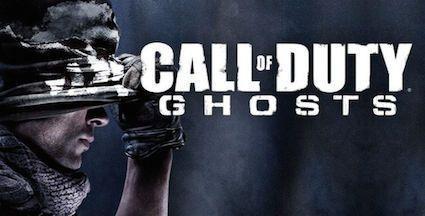 site tracks the selling prices for used video games on Amazon, eBay, and Half.com. Remember that newer games, and highly rated games will be worth more. All video games tend to depreciate at a steady rate, with most games losing 70% of its value after one year. A highly rated game after one year of being on store shelves will retain 50 to 100% more value. Also franchise games, such as Madden and MLB: The Show, lose value even faster. These yearly releases are only worth about 20% of the original price once the new release hits shelves.

Clean up those used games and find the box.

Dust off those used games and gather up the manuals and original packaging if it still exists. Often overlooked, these little things add even more value to your trade-ins. This is especially true of games produced prior to the year 2000. Not having the original packaging can cause a loss of 10% or more of the sell and trade-in value of the games.

Sell your used games for Cash

When you sell video games online thru The Old School Game Vault, you won’t receive the annoying store credit, nor will the cash you receive be less because you’ve elected cash as a payment. We offer very competitive prices for all the newer games, and offer extremely high prices for many retro games and consoles.

Craigslist will provide the best value for your old games. In larger markets with competitive pricing video games sell quickly. This also gives the option to package games that will not sell as well with others that are more coveted. Using this process brings a better selling price per game, which will get new games into the collection faster. The downside of when you sell your video games on Craigslist is meeting people face to face for the transaction, so take appropriate precautions when using this venue.

Sell Games on eBay or other auction sites.

This method has its own distinct advantages and disadvantages as compared to using the Craigslist venue. There will be more competition on auction sites than on craigslist, which will drive prices down a bit. Also, getting funds from eBay takes a bit longer than a face to face transaction. There is, however, a smaller chance of something bad happening during the transaction. Not many people get products stolen when posting on an online auction site.

If all else fails carry your games into the local game store.

All the major game retailers have trade-in programs that give credit when you sell used video games to put toward new games. The convenience of not having to do the major footwork to sell or trade in games carries a huge cost. A new game that is only a month old will only be worth thirty or thirty-five dollars in one of the major retailers of video games. With the exception of games that have excellent co-op play, most beaten games will not be played anymore. Therefore, if the game is under and month old, and beaten, all sitting on the game accomplishes is losing even more money on the trade-in.

Here are tricks to get more money on a trade-in with the major retailers. Most offer a membership card that brings a few benefits, including a 10% increase on trade-in and a 10% discount on new games. A gamer who will be doing a lot of trading must have one of these cards. The savings will more than cover the cost of the card over the course of a year. The membership also includes special coupons, through email, to increase trade-in values and special promotions that often combine with the card savings.

One last tip for the major retailers. A popular promotion that runs with them is bonus trade-in credit toward pre-ordered games. A wise gamer will sell video games for credit toward the game on the promotion and cancel the order after receiving the bonus credit. The bonus credit is still there and available to be used toward a game of choice. Be aware that some managers and employees are aware of this trick and frown upon its use. The safest bet is waiting a day or two between canceling the order and spending the credit on another game.

For the enterprising gamer, there are many options to sell used video games online for cash or credit toward new games. There are also several sites for trading games directly with other gamers if the goal is just to keep a steady rotation of different games through the house.